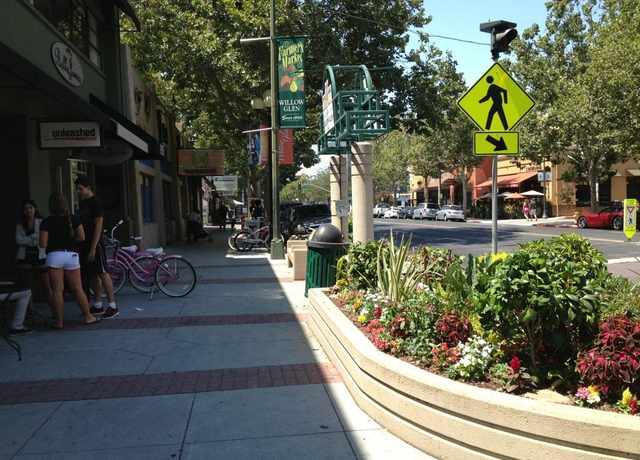 Willow Glen is a neighborhood of San Jose, California, in Santa Clara County. The neighborhood has walkable tree-lined streets, diverse architecture, specialty shops, and independent businesses. The historic downtown on Lincoln Avenue between Willow Street and Minnesota Avenue is a well-known downtown community, with a variety of restaurants and shops.

Lincoln Avenue was renamed from "Willow Glen Road" in 1865, shortly after the assassination of President Abraham Lincoln.

Willow Glen is located within zip code 95125, though not all of the zip code area can actually be considered to be part of the Willow Glen neighborhood.

The Los Gatos Creek forms the northern border of Willow Glen and the north-flowing Guadalupe River forms the eastern edge.

Willow Glen neighborhoods are almost exclusively composed of custom or semi-custom homes in a diverse range of architectural styles. Many architect-commissioned houses can be seen in the neighborhood, including Victorian, Neoclassical (Queen Anne Cottage and Neocolonial), Colonial Revival, Craftsman, Mission, Prairie, Spanish Eclectic, and Tudor. In recent years larger homes have been built.

Although no railway stations exist within Willow Glen, the area is served well by light rail stations on or near its border: Fruitdale, Race, Tamien, and Virginia.

The two sections of the Los Gatos Creek Trail terminate in Willow Glen. The connection requires on-street travel through much of Willow Glen.

One section of the Guadalupe River Trail terminates near the far north east edge of Willow Glen but otherwise does not run through it.

The Highway 87 Bikeway runs along the eastern edge of Willow Glen but terminates at Willow Street at its most northern point.

Dancin' On The Avenue

Dancin' On The Avenue (DOTA) is Willow Glen's annual street party that occurs on one day in summer. It is celebrated along Lincoln Avenue, between Willow Street and Minnesota Avenue. The event is organized by the Willow Glen Business Association.

Founders' Day occurs in September although it has not been celebrated every year. The event celebrates the rich history, cultural heritage, and progressive present of the neighborhoods, homes, and community of Willow Glen. The highlight is a festive parade that proceeds down Lincoln Avenue. The origins of Founders' Day are not known. Archives of the Willow Glen Resident newspaper indicate it originates from the area's nine years of independence from San Jose between September 8, 1927 and September 4, 1936. Another view is that it celebrates the work of Antonio Maria Sunol who built Laura Ville adjoining the Roberto Adobe at 770 Lincoln Avenue in 1847. 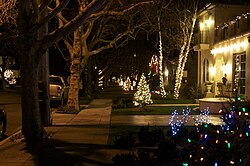 Willow Glen residents have a distinct Christmas tree decoration tradition. This tradition involves buying similar, very small, Christmas Trees and placing them in the front yard 10 feet from the sidewalk with multicolored lights. The uniform look is striking. People and businesses in the neighborhood generally make significant decorations every year, both within the neighborhood and in the Lincoln Avenue business district, drawing visitors from all around the area and increasing traffic on neighborhood streets ten-fold.

The tradition of a Christmas tree on each residence's lawn was started in 1950 by Robert and Arlene Cimino at 1099 Glen Echo Ave. Trees were purchased in bulk from the Knights of Columbus and delivered to participating homes. The Ciminos moved from the area in 1956 and the tradition was continued by Frank Badagliacca Jr. on the 1000 block of Camino Ramon. He was often called "Mr. Rebar" for using a stake made of construction rebar to hold up each tree. Dolores Badagliacca, his wife, came up with the idea of putting a single white light on the top of each tree. The tradition now stretches to over 200 streets in the greater San Jose area.