Palo Alto was established by Leland Stanford Sr. when he founded Stanford University, following the death of his son, Leland Stanford Jr. The city includes portions of Stanford and is headquarters to a number of high-technology companies, including Hewlett-Packard (HP), Space Systems/Loral, VMware, Tesla Motors, Ford Research and Innovation Center, PARC, Ning, IDEO, Skype, and Palantir Technologies. It has also served as an incubator to several other high-technology companies such as Google, Facebook, Logitech, Intuit, Pinterest, and PayPal.

As of the 2010 census, the city's total resident population is 64,403. Palo Alto is one of the most expensive cities in the United States and its residents are among the most educated in the country.

The city got its name from the tall landmark Redwood tree, El Palo Alto, which still grows on the east bank of San Francisquito Creek across from Menlo Park. One trunk of the twin-trunked tree can still be found by the railroad trestle near Alma Street in El Palo Alto Park.The other trunk was destroyed during a storm in the late 20th century. A plaque there recounts the story of the Portolà expedition, a 63-man, 200-horse expedition from San Diego to Monterey from November 7–11, 1769.

The township of Mayfield was formed in 1855, in what is now southern Palo Alto. In 1875, French financier Jean Baptiste Paulin Caperon, better known as Peter Coutts, purchased land in Mayfield and four other parcels around three sides of today's College Terrace – more than a thousand acres extending from today's Page Mill Road to Serra Street and from El Camino Real to the foothills. Coutts named his property Ayrshire Farm. His fanciful brick 50-foot-tall brick tower near Matadero Creek likely marked the south corner of his property. Leland Stanford started buying land in the area in 1876 for a horse farm, called the Palo Alto Stock Farm. Stanford bought Ayrshire Farm in 1882.

Jane and Leland Stanford, Sr. founded Stanford University in 1891, dedicated to his son who died of typhoid fever at age 15 in 1884. In 1886, Stanford came to Mayfield, interested in founding his university there. He had a train stop created near his school on Mayfield's downtown street, Lincoln Street (now named California Avenue). However, he had one condition: alcohol had to be banned from the town. Known for its 13 rowdy saloons, Mayfield rejected his requests for reform. This led him to drive the formation of Palo Alto as a Temperance Town in 1894 with the help of his friend Timothy Hopkins of the Southern Pacific Railroad who bought 740 acres (3.0 km2) of private land in 1887 for the new townsite. The Hopkins Tract, bounded by El Camino Real, San Francisquito Creek, Boyce, Channing, Melville, and Hopkins Avenues, and Embarcadero Road,[13] was proclaimed a local Heritage District during Palo's Alto Centennial in 1994. Stanford set up his university, Stanford University, and a train stop (on University Avenue) by his new town. With Stanford's support, saloon days faded and Palo Alto grew to the size of Mayfield. On July 2, 1925, Palo Alto voters approved the annexation of Mayfield and the two communities were officially consolidated on July 6, 1925. This saga explains why Palo Alto has two downtown areas: one along University Avenue and one along California Avenue.

Many of Stanford University's first faculty members settled in the Professorville neighborhood of Palo Alto. Professorville, now a registered national historic district, is bounded by Kingsley, Lincoln, and Addison avenues and the cross streets of Ramona, Bryant, and Waverley. The district includes a large number of well-preserved residences dating from the 1890s, including 833 Kingsley, 345 Lincoln and 450 Kingsley. 1044 Bryant was the home of Russell Varian, co-inventor of the Klystron tube. The Federal Telegraph laboratory site, situated at 218 Channing, is a California Historical Landmark recognizing Lee de Forest's 1911 invention of the vacuum tube and electronic oscillator at that location. While not open to the public, the garage that housed the launch of Hewlett Packard is located at 367 Addison Avenue. Hewlett Packard recently restored the house and garage. A second historic district on Ramona Street can be found downtown between University and Hamilton Avenues. The Palo Alto Chinese School is the oldest in the entire Bay Area. it is also home to the second oldest opera company in California the West Bay Opera.

Typical of the San Francisco Bay Area, Palo Alto has a Mediterranean Climate with cool, wet winters and warm, dry summers. Typically, in the warmer months, as the sun goes down, the fog bank flows over the foothills to the west and covers the night sky, thus creating a blanket that helps trap the summer warmth absorbed during the day. Even so, it is rare for the overnight low temperature to exceed 60 °F (16 °C). 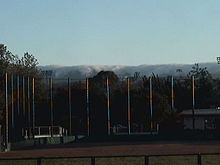 Fog from the Pacific rolling over the Foothills 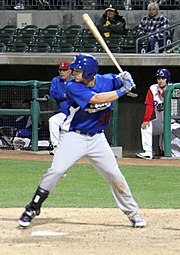