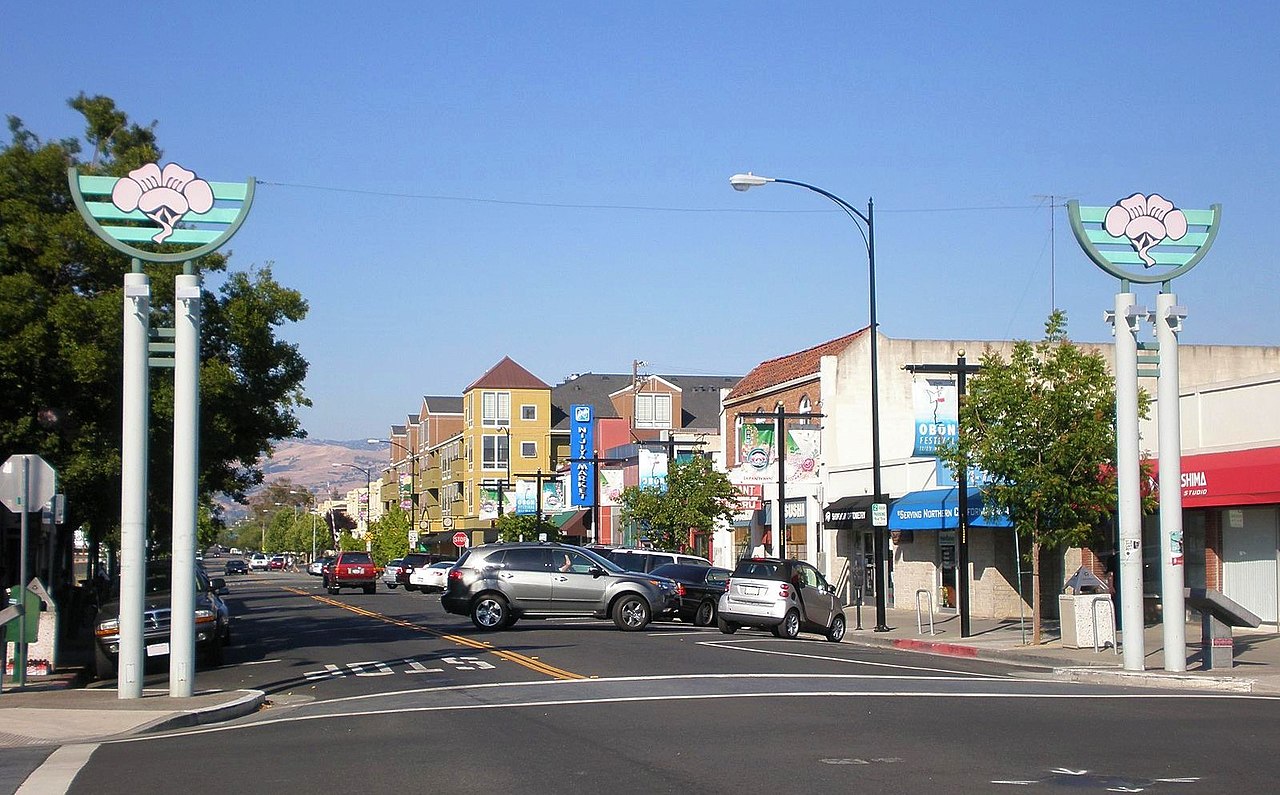 Japantown (also known as "Nihonmachi" (ja: 日本町) or "J Town") is the portion of San Jose, California bounded by First Street to the west, 8th Street to the east, Empire Street to the south and Taylor Street to the north; it is just north of Downtown San Jose. Japantown originally formed around the existing "Heinlenville" Chinatown settlement.

Japantown is the site of the Japanese American Museum of San Jose, San Jose Taiko, Shuei-do Manju Shop (the last visit of the Emperor of Japan saw these confections being requested specifically), and a variety of restaurants, professional services, community organizations (for example Yu-Ai Kai Senior Center, and the Japanese American Citizens League) and small retail shops. Having been written up in the New York Times, the 7 Bamboo Lounge is one of the most popular karaoke bars in the Bay Area. Two churches founded by Japanese over 100 years ago, Wesley United Methodist Church and San Jose Buddhist Church Betsuin, thrive on the same street, Fifth Street, which now also leads to the new San Jose City Hall. Indeed, the Fifth and Jackson Landmark was designed to be seen from City Hall as a beacon and reminder of the people that have helped to build the city.

Japantown is also home to a number of non-Japanese businesses, including Mexican, Hawaiian and Korean restaurants.

A number of organizations, including the Japantown Neighborhood Association, have joined together to form the Japantown Community Congress of San Jose, which is a community partner to the City of San Jose (represented by the San Jose Redevelopment Agency) that looks after cultural preservation of the area Major festivals are Obon (every July), Nikkei Matsuri (every spring) and Aki Matsuri (every fall) and a newer festival, The Spirit of Japantown Festival (also in the fall).[4] In addition there are events that are open to the public at Art Object Gallery and various street venues, including a year-round Certified Farmers Market run by the Japantown Business Association.