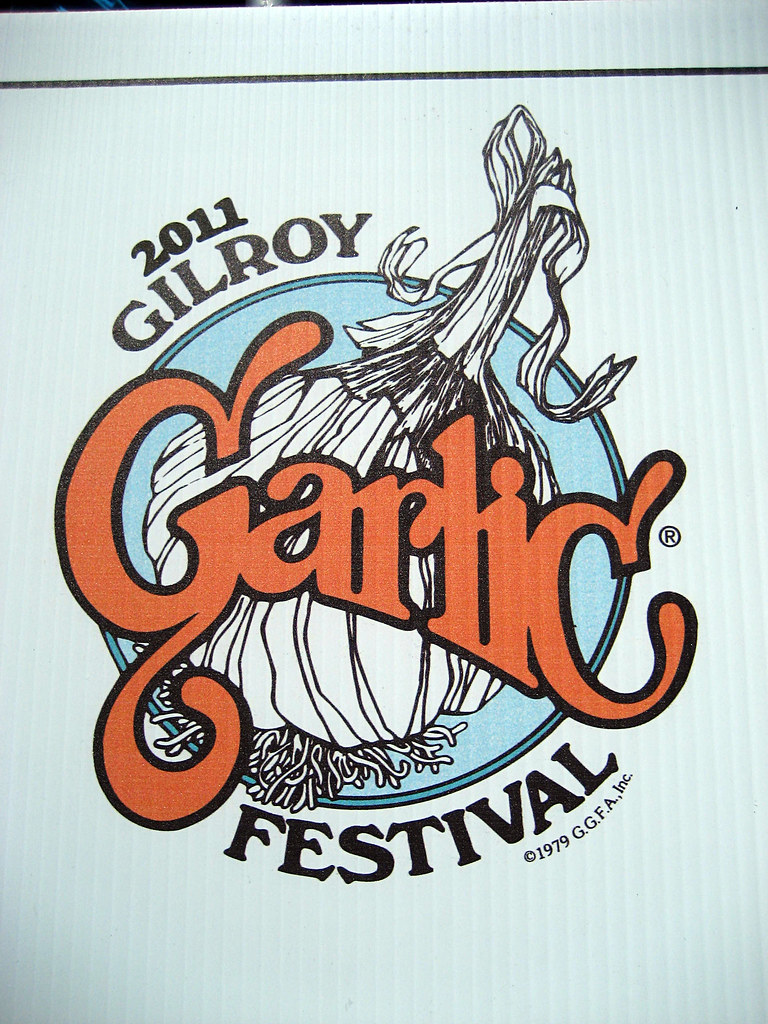 Gilroy is the southernmost city in Santa Clara County, California. The city's population was 48,821 at the 2010 United States Census.

Gilroy is well known for its garlic crop and for the annual Gilroy Garlic Festival, featuring various garlicky foods, including garlic ice cream. Gilroy also produces mushrooms in considerable quantity. Gilroy's nickname is "Garlic Capital of the World". Boutique wine production is a large part of Gilroy's western portion, mostly consisting of family estates around the base of the Santa Cruz Mountains to the west.

Spanish explorers led by Juan Bautista de Anza first passed through the Santa Clara Valley area in the 1776, and in 1797 Mission San Juan Bautista was established near the Pajaro River. In 1809, Ygnacio Ortega was granted the 13,066-acre (5,288 ha) Spanish land concession Rancho San Ysidro. The village of San Ysidro (not to be confused with the present-day San Diego community) grew nearby, at the foot of Pacheco Pass which linked the El Camino Real and the Santa Clara Valley with the San Joaquin Valley.

During the War of 1812, the armed merchantman Isaac Todd was sent by the North West Company to seize Fort Astoria, an American trading post at the mouth of the Columbia River. The ship, with a Royal Navy escort, departed from Portsmouth, England, made its way around Cape Horn and proceeded up the Pacific coast of the Americas, stopping at Spanish ports for supplies along the way. In January 1814, having fallen behind its escort, the Isaac Todd arrived at Monterey, California, Spanish colonial government center for Alta California. During the visit, ordinary seaman John Gilroy (a Scotsman who had changed his name from John Cameron when he went to sea to avoid recognition) either (depending on the historical source) jumped ship or was left ashore to recover from scurvy.

John Gilroy (1794–1869) spent the next few years moving around among the missions, pueblos and ranchos, plying his trade as a cooper (barrel maker). At first, by his own account in an 1856 letter to Thomas O. Larkin, Gilroy was one of only two English-speakers resident in Alta California.[11] Eventually, he found his way to Rancho San Ysidro, converted to Roman Catholicism and became the first naturalized English-speaking settler in Alta California. In 1821, the same year Mexico won its independence from Spain, Gilroy married a daughter of his employer, ranchero Ygnacio Ortega. Upon Ygnacio's death in 1833, the rancho was divided among his three children - including Gilroy's wife Maria Clara. In 1867, under U.S. property law, the Rancho San Ysidro (Gilroy) was patented to John Gilroy.

The settlement now known as "Old Gilroy" grew up around Gilroy's rancho complex and, after the end of the Mexican-American War in 1848, Gilroy served as alcalde of the village.